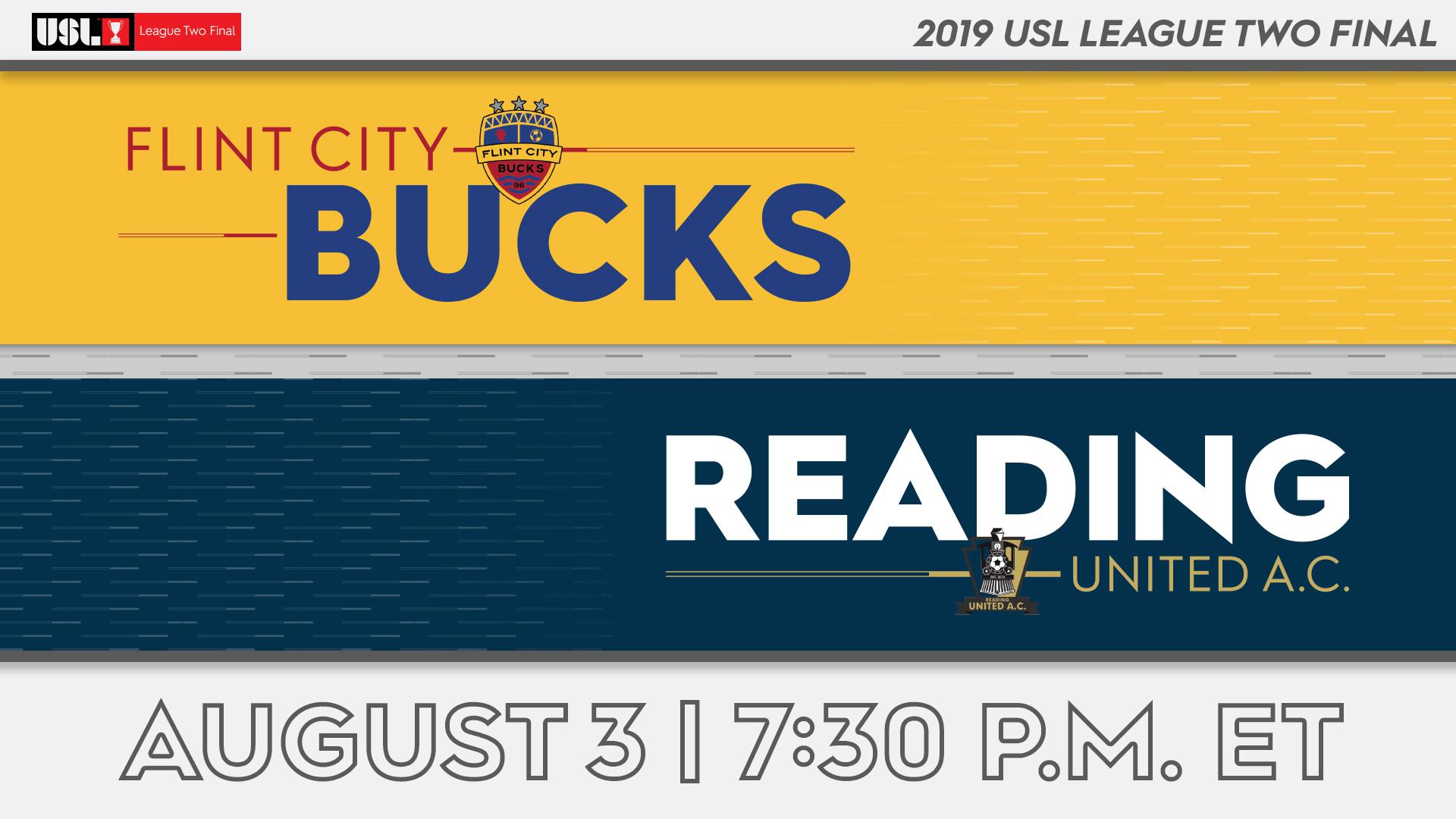 Two of USL League Two’s most established franchises will clash for the first time ever on Saturday in the league’s championship game when Reading United take on Flint City Bucks at Kettering University’s Atwood Stadium. Both clubs formed in the 1990s (then known as the Reading Rage and the Mid-Michigan Bucks) and have since developed dozens of players that went on to have successful careers at the professional level.

The similarities don’t end there. Each team has scored 37 goals this season, and has shown its grit by overturning deficits during the playoffs. Reading eased past GPS Portland Phoenix on penalties in the first round after trailing at halftime, and pulled off a sensational comeback in the semi-finals by erasing Tormenta 2’s two-goal lead and grabbing a dramatic winner from Felipe Hideki in the 120th minute.

Flint City needed a draw from the already-eliminated West Virginia Alliance in the last week of the regular season just to reach the playoffs, but the Bucks have proved that they deserve to be here. They knocked off regular season champions Des Moines Menace in thrilling fashion, equalizing in the dying moments of both regulation and extra time before winning the ensuing penalty shootout. The Bucks have made a habit of scoring late goals all season, and continued that trend by scoring in the final 15 minutes of every playoff round to reach this stage.

Reading is seeking redemption after falling to Calgary Foothills in last year’s final, and will travel west hungry for its first League Two title. Victory for Flint City would earn the club its fourth league trophy, but its first in Flint after moving there from Pontiac at the start of this season. With a pair of teams that specialize in late game heroics, you won’t want to turn this one off until the final whistle.