Perry Hammond has been hired as Lane United FC's first ever GM before the historic 2020 USL League Two season at Civic Park. 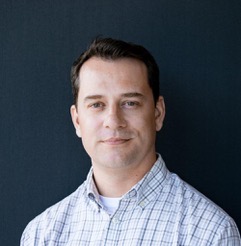 Lane United FC is proud to announce the hiring of Perry Hammond to be its new General Manager. In this newly created role, he will be responsible for helping Managing Director Dave Galas run the club’s business operations.

This marks a return to Lane United for Hammond, who interned with the club during its inaugural 2014 season while he was in the second year of the Warsaw Sports Marketing Center MBA program at the University of Oregon. “I couldn’t be more thrilled to come back to such a great organization,” Hammond said. “It’s been amazing to watch the club grow from a distance as a fan, attend games when I was able to, and even participate in some supporter events as a member of the Red Aces. I’m really looking forward to contributing to the further development of the club and re-connecting with the soccer community in Lane County.”

Since earning his MBA, Hammond has had stops at agency Jack Morton Worldwide, where his responsibilities included managing Chevrolet’s partnerships with the Los Angeles Galaxy and US Youth Soccer, Nike, where he was a Brand Manager in the Global Football category, and adidas, where he worked in wholesale account activation in the sporting goods channel.

Hammond’s love for the beautiful game goes as far back as he can remember, his father having been a collegiate and semi-pro goalkeeper ensured he had a ball at his feet as a toddler. He went on to play at Wesleyan University in Connecticut and after graduation spent seven years living in Madrid, Spain, where he made inroads into the professional game, joining Atletico Madrid as a translator for five seasons. After returning to to the US in 2011 Hammond continued to work in soccer, coaching at the youth and high school levels, and off the field with the San Jose Earthquakes and Alianza de Futbol before enrolling at the Warsaw Sports Marketing Center.

“Laying out the plan for this monumental first season at Civic Park, it became quickly apparent that we were going to need to staff up to hit our goals and provide the vibrant community atmosphere our fans and the site deserve.” said Galas. “After I defined the roles a bit better, Perry was one of the first names in my contact list that popped out as a perfect fit. He’s bi-lingual, has passion for the game, strong ties to Warsaw, and we’ve worked well together in the past. In short, I couldn’t be happier to have him on board going into the 2020 season. ”

Lane United start the 2020 USL League Two season, its seventh in the top amateur nationwide league, with two games away at Calgary May 15 and 17, followed by the home opener on May 22 at 7pm in the newly built Civic Park in the heart of Eugene.